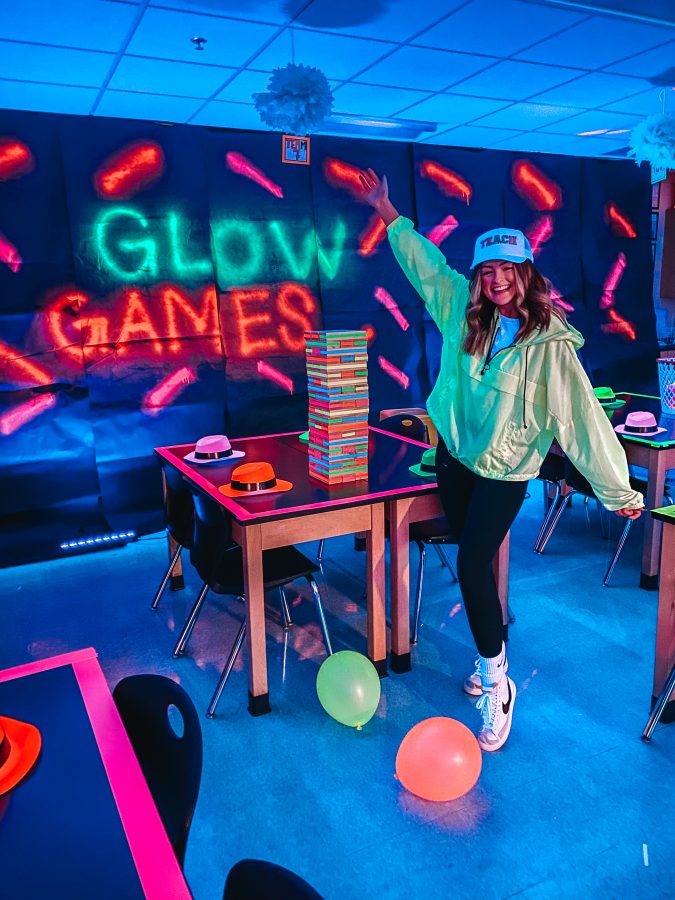 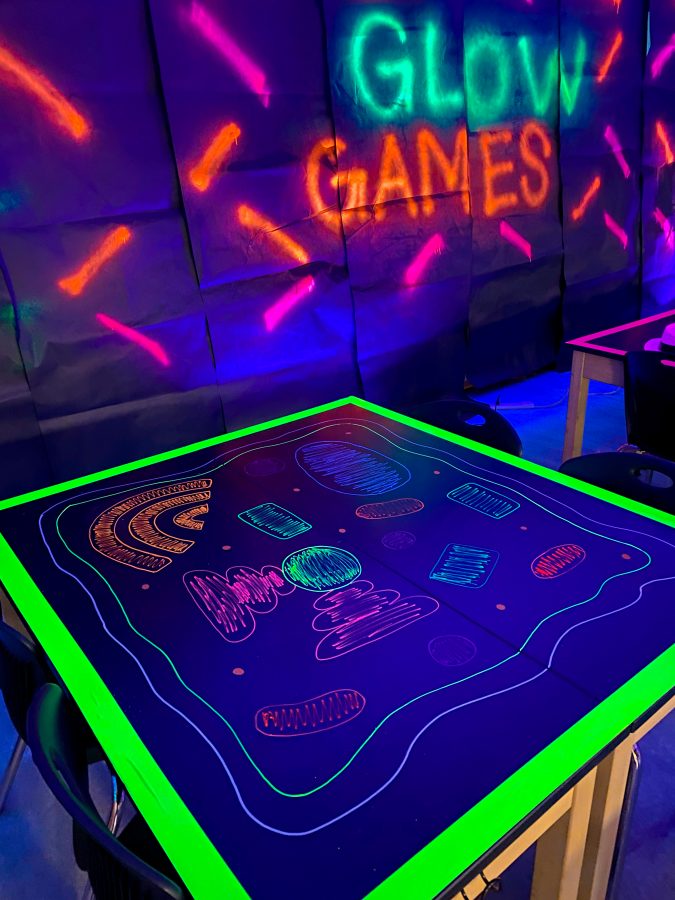 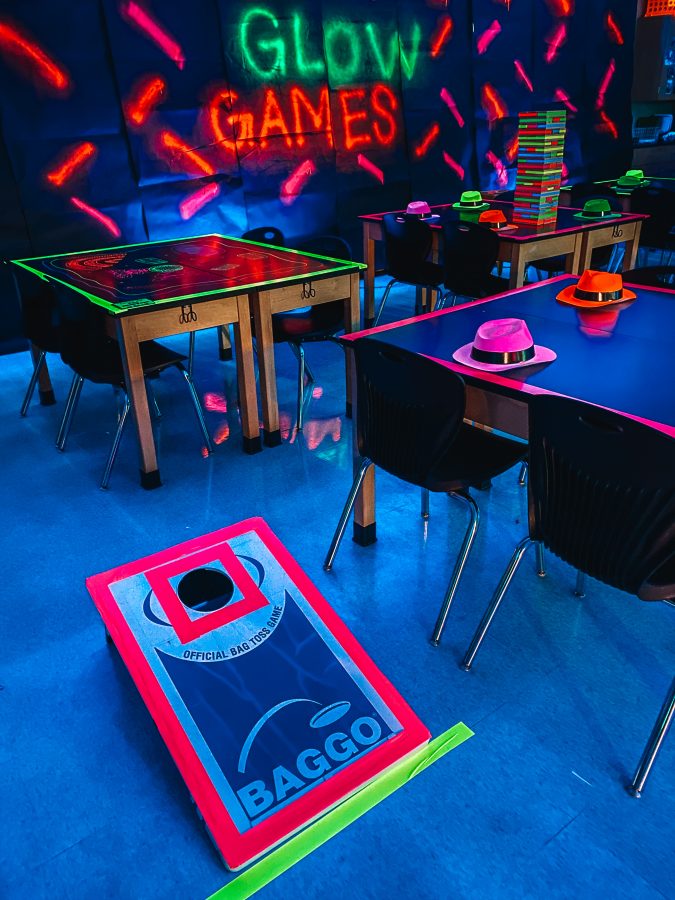 *Many of the links in this post are affiliate links. This means that I make a small commission if you purchase something using my links. Thank you for always supporting my side hustle :)*

Before I dive into the content & the items that I used for Glow Games, I wanted to chat about the cost. The number one most asked question during & after Glow Games was, “Did you pay for all of this yourself?” The answer is a bit complicated. My district did NOT pay for one item that I used for Glow Games! With that being said, I 100% would not have been able to do Glow Games without parent donations, purchasing items myself over a few years & reusing them, and borrowing games from other teachers! I am 100% aware that Glow Games can get a bit pricey, but I will be sharing my tips & tricks on how to keep the cost down at the end! 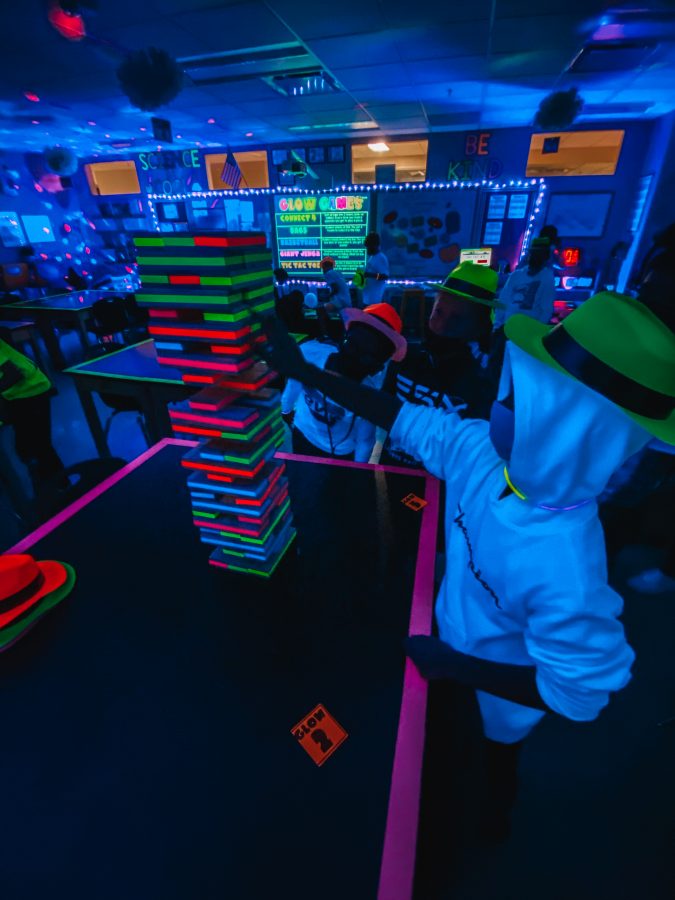 I have seen Glow Games done in many different ways before by teachers on Instagram and even some of my friends! Glow Games also used to be a session at Get Your Teach on that Chris (@chrispombonyo) & Wade (@heywadeking) used to do! What I love about Glow Games is that it can be done for literally ANY content, subject, or grade level!! How I do Glow Games is pretty much just like normal task cards, but in a glow in the dark room & with giant games added. (It really is as simple as that!)

I start with task cards for the content that I am wanting to review with my students! We are in our cells unit & the students have been reviewing the functions of cell organelles. I created 28 task cards with questions, analogies, and pictures of the organelles! (Coming soon to TPT) The students all had recording sheets where they would write their answers to the task cards. I split the task cards up between 4 stations so there were 7 questions at every station the students would answer! I ended up creating a 5th station that my mom was in charge of. At this station, the students did not complete any task cards. I drew a giant cell on the table. My mom would call out an organelle & the students would point to the correct part on the cell! So in total there were 5 stations that the students rotated between. I gave my students 5 minutes per station. We had a shortened day on our Glow Games Day (of course) and I only had 35 minutes to work with! Between giving instructions, transition time, and cleaning up, I could only allow 5 minutes! In my normal 47 minute class period, I would have about 6 or 7 minutes per station. 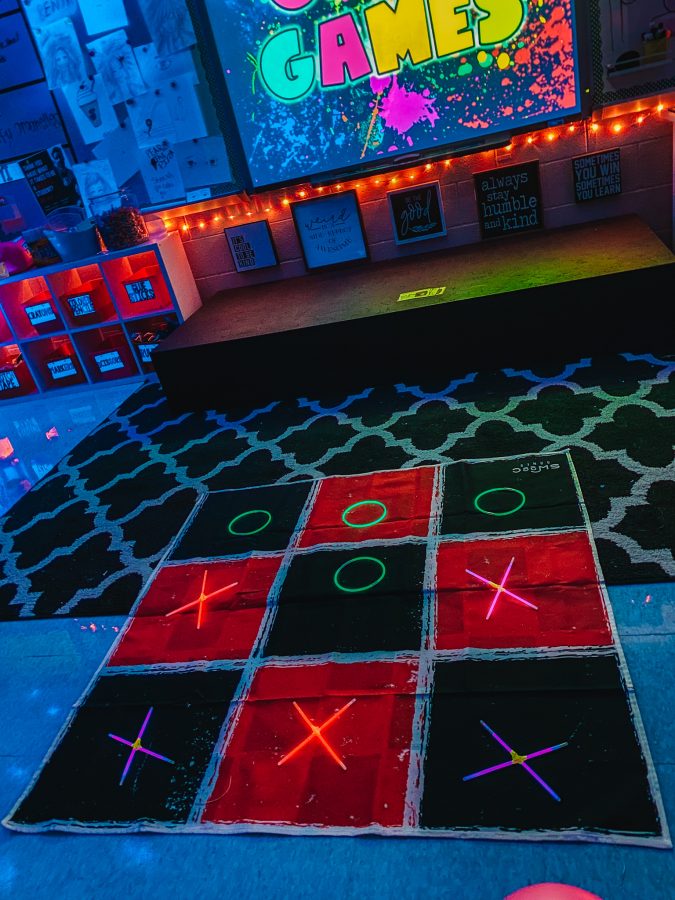 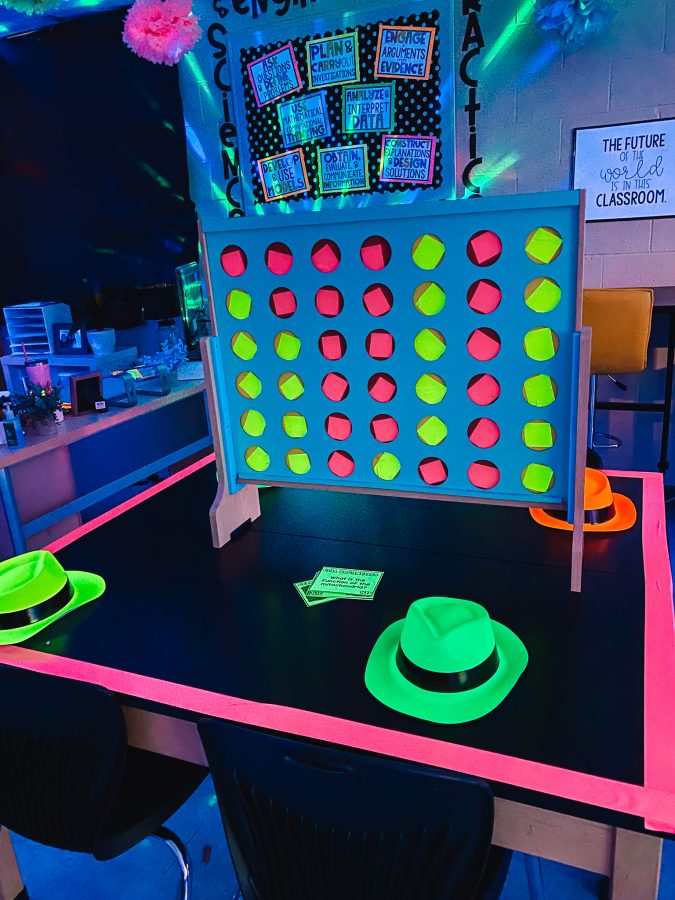 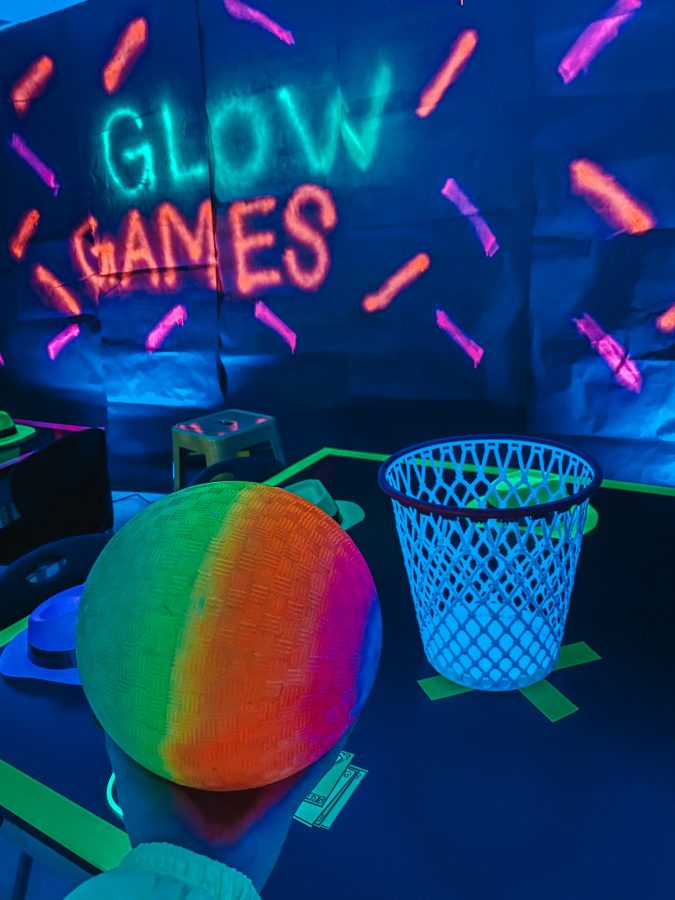 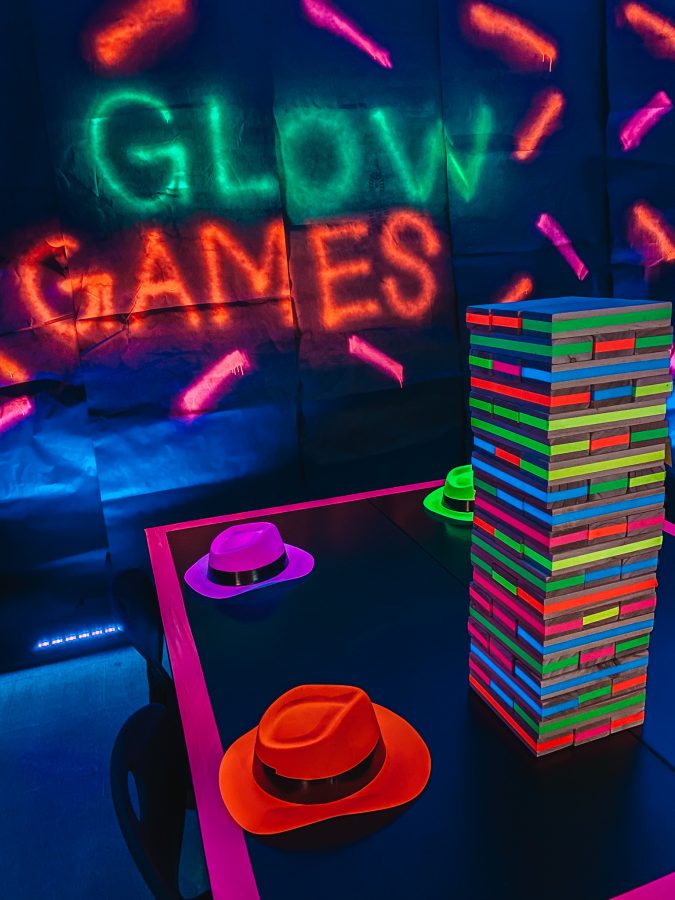 The first time I did Glow Games I had students earning points at every station. They ended up worrying more about the points they were getting instead of the content. They also ended up fighting about the points. I decided to NOT do that this year. THe students just played the games and they had just as much fun!! 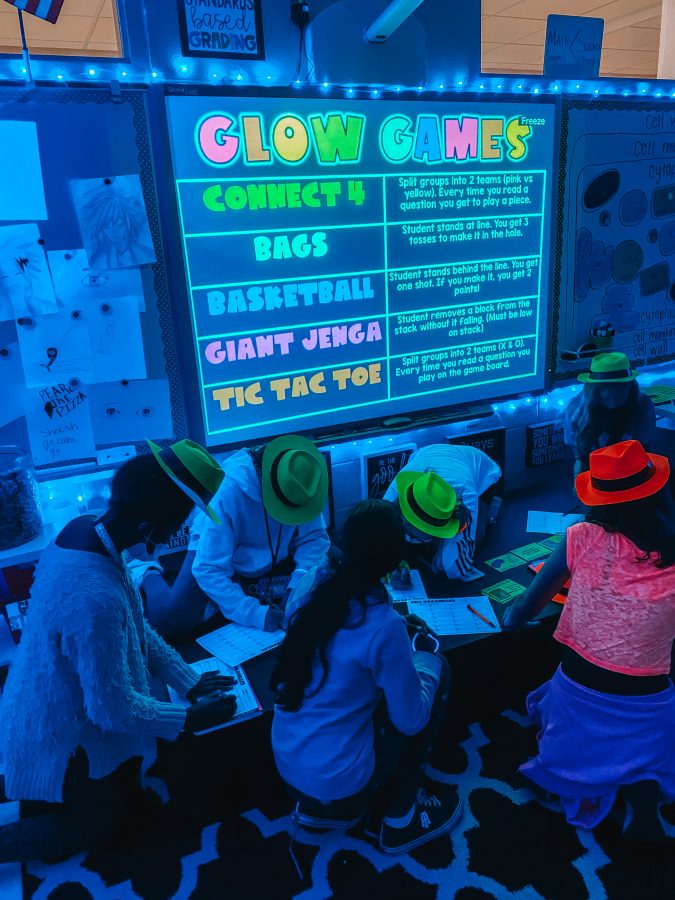 In order for your classroom & items to “glow,” the first big step is to get your classroom as dark as possible. This is a lot of work in my classroom since I have so many windows!! My friend Kori from @truetalesofateacher taught me the hack of hanging butcher paper to the ceiling tiles with binder clips & my life was forever changed!! I got black butcher paper from the teachers lounge, cut long strips that were the height of my classroom, and attached them to the ceiling tiles with binder clips. This honestly is the hardest and longest part of this entire transformation!! I did this by myself & was sweating so much after haha!

2 years ago I bought neon spray paint from Walmart. The reviews online were terrible, but I bought it anyway (haha)! Just as the reviews stated, the nozzles on the cans broke and I could barely use them. I did end up getting enough spray paint out of the cans to write “GLOW GAMES.” I saved the butcher paper with the neon paint from 2 years ago in my back closet so this year all I had to do was hang it! If you are wanting neon paint, I would recommend finding something else!! 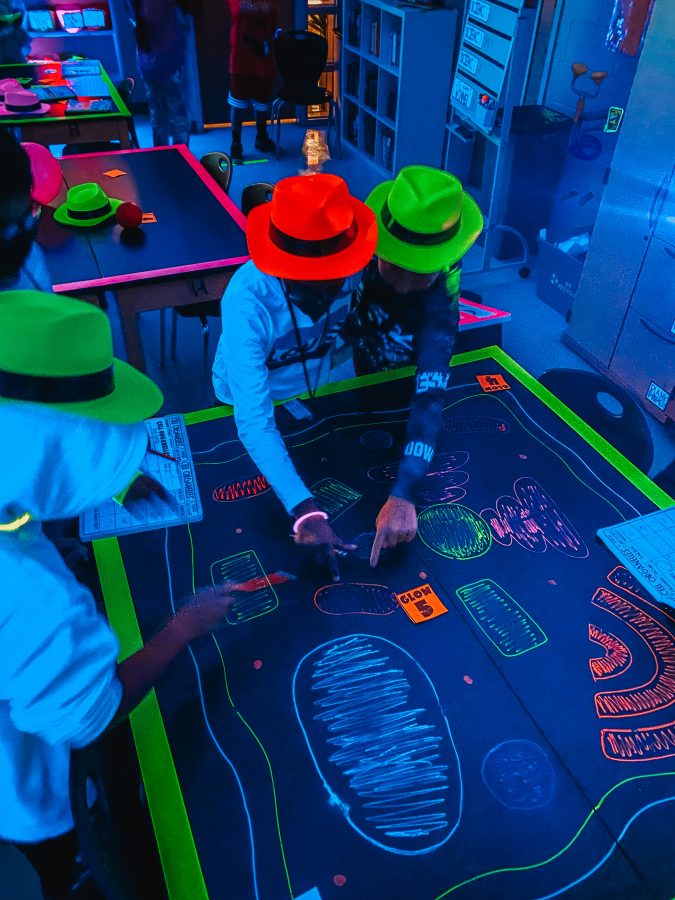 Once your classroom is dark, the next step is to get the blacklights! I purchased these blacklights from Amazon 3 years ago and have used them for so many lessons! They are pricey but they can be used over and over again. I have also had so many other teachers borrow them for lessons! The black lights just need to be placed on the floor near a wall. They will be pointed up at the wall. This gives the glow effect!

One thing I learned 3 years ago was that not everything neon glows! I assumed all neon duct tape glows and that is not the case! The only duct tape that glows is neon pink and neon yellow. I put duct tape on the edges of all my tables. There is no purpose to this but it just makes the room look cool 🙂

Neon orange, yellow, and green astrobright paper glows in the dark! I printed off the task cards in neon green so they would glow as well.

I had these disco balls from Amazon in my back closet for another room transformation so I brought them back out for Glow Games! I also have LED lights around my white board all year long. These just add to the Glow theme!

I did have a few neon balloons around the room but I honestly DO NOT recommend!! 6th graders don’t know how to not mess with a balloon when it is just a decoration haha! 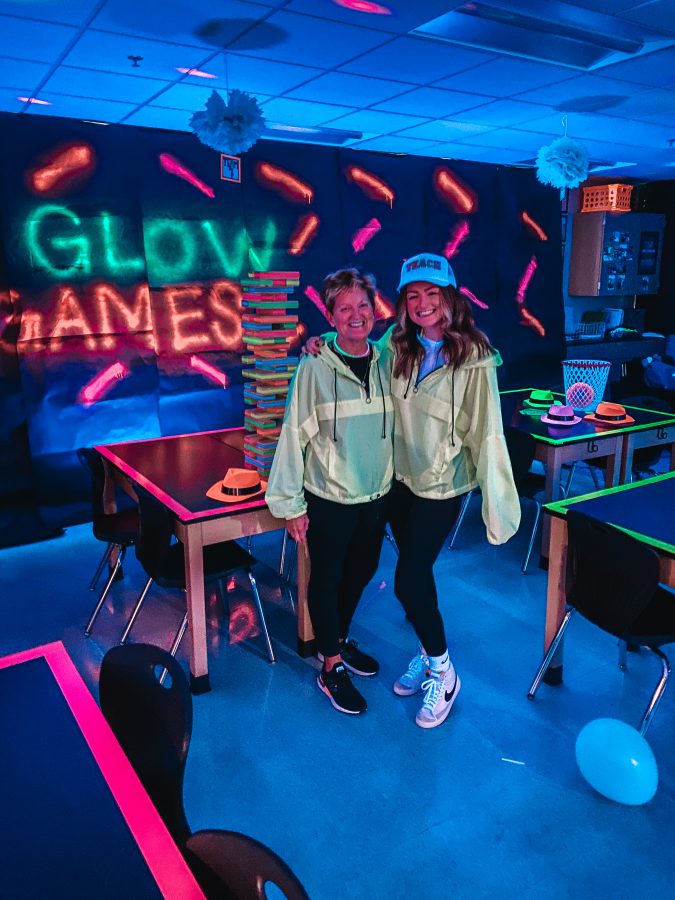 My mom & I both wore these neon jackets from Walmart! 2 years ago when I did Glow Games I went to Walmart searching for neon construction vests & left with these jackets instead! You’d be surprised at how much neon Walmart has! We also told the kids all week long to wear neon so they would glow too! I had some kids in head to toe neon & it was amazing!

I started with having the students line up in the hallway. I told them to only bring their pencil to science that day because I did not want any of their stuff taking up room in the classroom! I had cards numbered 1-5 that I gave to the students in the hallway. The number was the station that they started at. This alleviated any confusion on where to start & split the students up quickly! While in the hallway I also gave each student one glow stick to make a bracelet!

During the lesson I had on my Rave Classroom Spotify Playlist! The music was bumping and one student even said he felt like he was in a club haha! I also used this countdown timer to notify the students when to rotate!

Ways to Keep the Cost Down

*Disclaimer: These are not the exact games that I have since I borrowed mine & got them from Target & HomeGoods! These are very similar!*

You may also enjoy: 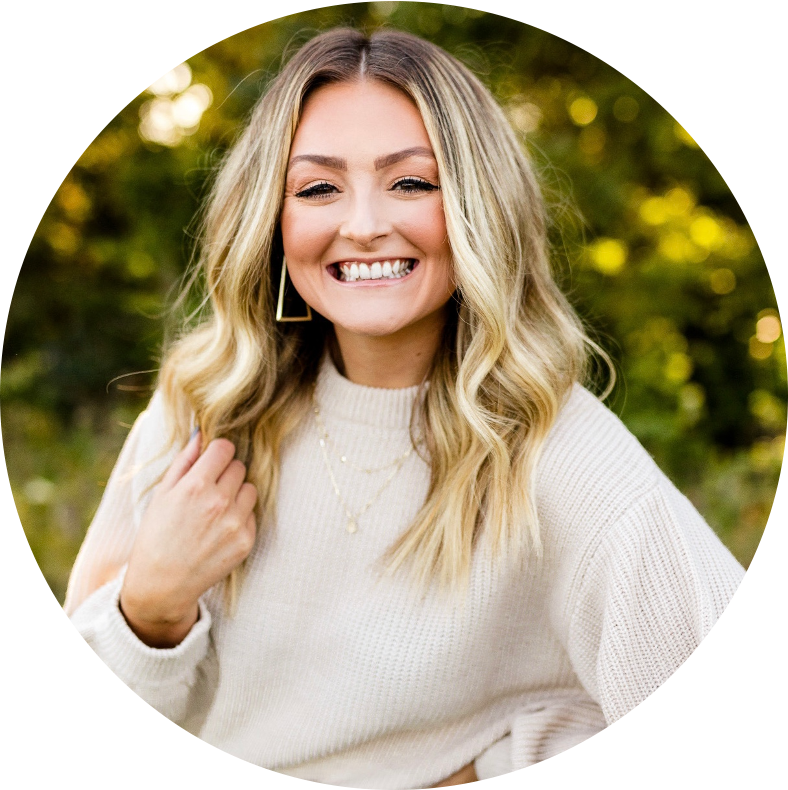 Hey teacher-friends! My name is Josie Bensko. I am a 6th grade science teacher in Illinois! I love to share my classroom, teacher outfits, and engaging science lessons with you! 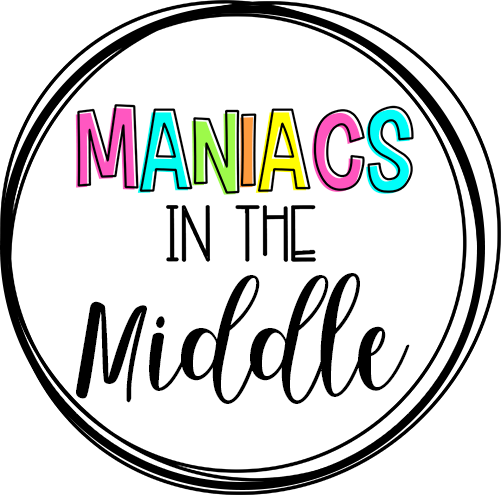